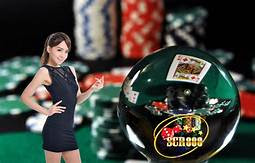 The game of Blackjack is very diverse. Unlike some other games, the Blackjack player is not limited to the same game over and over. Each variation of Blackjack has its own set of rules. It's important to know these before diving in. If you play one scr888 variation like another, you may end up losing money. Some variations are minor, but others require their own system of play. Here are a few variations from the traditional Vegas Blackjack, which comes in two forms--Downtown and Las Vegas Strip.

European Blackjack is played with two decks. The dealer must stand on soft 17. Unlike the regular game of Blackjack, in European Blackjack, players can only double down on 9 and 11. This can be a severe limitation to those highly aggressive players that love doubling on just about anything when the dealer has 5 or 6 shows. Players are not allowed to split after a splitting once nor can they double down on a split. There is no surrender option. The house has a 0.39% house advantage.

This version of Blackjack is played in a shoe with 8 decks of cards. The dealer must stand on soft 17--like an Ace and a Six. Players are allowed to double on first two cards and right after a split. Splits can be re-split to form up to 3 total hands. The dealer checks for Blackjack before the hand continues, and late surrender is allowed. Atlantic City Blackjack has 0.35% house advantage.

Many players flock to Double Exposure Blackjack because they think the advantage is in their favor. In this variation, both dealer cards are dealt face up. Sounds great right? Ah, but here's the rub. The dealer wins all ties except Blackjack. Here's another. Blackjack only pays even money. There is no bonus for getting it. The game is played with a shoe and 8 decks of cards. The dealer hits on soft 17. You can re-split hands to make up to four separate hands. Here's another downside. You can only double down on hard 9 and 11. Also, if you split aces, you get one final card on each. The house advantage on Double Exposure Blackjack is 0.69%.

Posted by faoiekrfe at 5:45 AM No comments: